A small beehive near your building might not immediately seem like a threat to you. But day after day as the hive grows and the buzzing intensifies, you start to realize how dangerous the stinging insects can be. Hundreds and thousands of people end up in ERs every day due to being stung.

Many buildings start facing structural damages due to several of such insects. It is important to regularly keep an eye out for growing bees and wasps nests and hives. If their presence is found, it is necessary to remove them ASAP.

Always remember to use a professional pest control company, like Suffolk County Pest Control, to deal with such dangerous insects. Never try shooing them away on our own – you will end up causing more harm to yourself than good!

“Many buildings start facing structural damages due to several of such insects. It is important to regularly keep an eye out for growing bees and wasps nests and hives.”

Bees come in many different color combinations, sizes, and shapes. It is essential to be able to identify certain types of bees for personal safety. A few common ones have been listed below:

Do not let their cute name fool you! The sting of a bumble bee can be very painful and long-lasting. These inch-long, fuzzy, black-and-yellow striped insects are beneficial as they help in pollination, but can pose a risk to humans and buildings.

Apart from their shiny abdomen, carpenter bees resemble bumble bees. Found in rotting wood, the male bees of this type do not sting as they lack stingers. The females have a very potent sting but rarely choose to use it. These bees are known to cause structural damage to buildings. 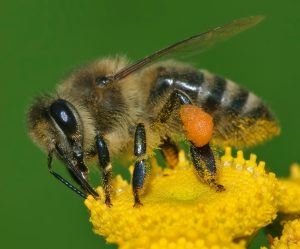 Most popular of all bees, these orange-and-brown half-inch insects pose no threat unless their hive is attacked or disturbed. However, the sting of the killer bee (a hybrid of the western honey bee) is particularly potent.

The information mentioned above about bees clearly points to the risks of a bee colony inside or outside a building. Allergies, structural damage, wounds – there are many ways by which bees can end up negatively affecting our lives (and also that of surrounding animals). It is thus important to get rid of any unwanted bee colony ASAP.

“Never disturb a stinging insect colony out of curiosity or boredom. Most insects are harmless until attacked – they will get provoked and might charge at you en mass.”

Hornets are types of wasps that are known for their painful stings. There are many different types of hornets – European Hornets, Bald-face Hornets, Paper Wasps, Mud Daubers, Yellowjackets.

Many of these wasps have beneficial roles, such as controlling the population of other pests, but they still pose a risk to the health and safety of humans, along with the threat to the structural safety and quality of the building.

Never disturb a stinging insect colony out of curiosity or boredom. Most insects are harmless until attacked – they will get provoked and might charge at you en mass.

Do not try experimental methods of dealing with such colonies, as the risks are greater than the success rate of such methods. An insect sting can cause swelling, at the very least, anaphylactic shock, an extreme case of allergic reaction, and even death.

Contact Pest Control When You See a Bee Colony

On seeing a stinging insect colony, it is best to contact pest control. Never put yourself in danger by trying to remove the stinging insects on your own. Such insects often attack as a mass and follow the attacker over a long distance, and this can lead to many stings (which can lead to death).

Using an expert pest control service thus becomes vital while trying to combat the dangers of having a bee or wasp colony nearby.

So, are you looking for a reliable and efficient pest control service? Suffolk County Pest Control is your go-to place for all things insect. Fast, convenient and efficient, our services will take all your pest-related worries away!

Using carefully planned and executed methods of pest control, we will make sure that the building you inhabit is safe from insects that can cause you inconvenience, harm, and damage.

We Serve All of Suffolk County 24 Hours a Day 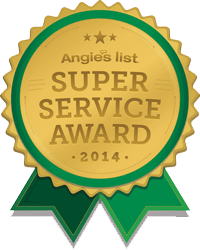 We are recipients of Angie’s list super service award for outstanding service to our customers.